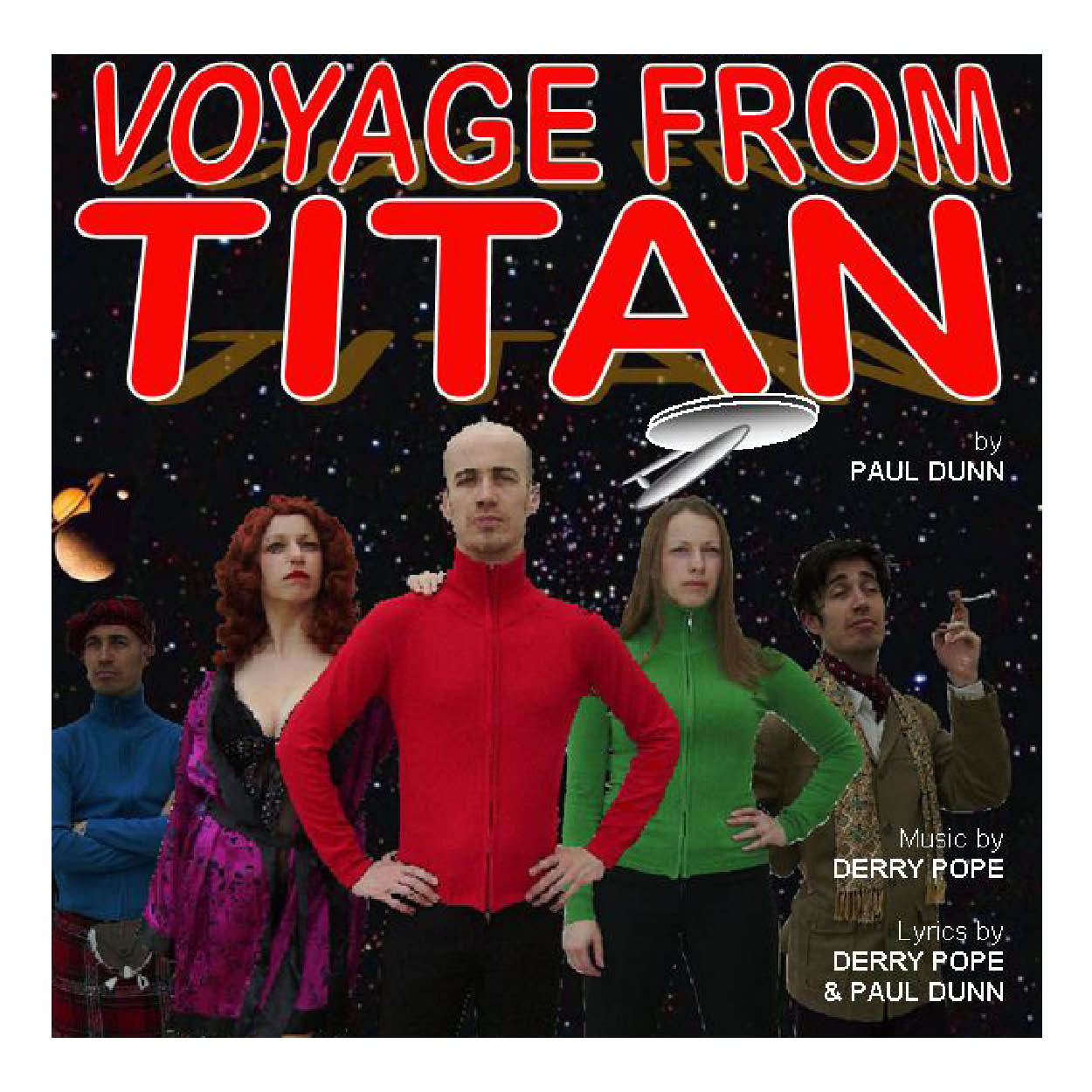 Written originally for 1M, 1F (plus voice overs). The script has a cast of 5M, 4F, plus an alien. So this has scope to be performed by a small group, or as a tour de force for just two actors. (Along the same lines as Jim Cartwright’s Two, except much, much sillier.)

Space. The not-too-distant future. The Human Race is now living in Space Stations throughout the solar system. But power supplies are low, so a Starship is launched to obtain more. The mision seems routine, until an attack by a hostile alien species threatens to derail it. And then, just when we think all is well, the crew have to deal with… A MURDER!

Originally presented at the White Bear Theatre in London, this script is now available for companies to perform.

Full musical score is also available, and/or complete backing tracks for both rehearsals and performance.

NB. It could be performed without music if desired. Speak to me if that’s what you prefer.

Please don’t hesitate to contact me for more details or to discuss your production.