By permission from Sheil Land Associates Ltd (who look after the Cookson Estate), this “breathtaking production” of Catherine Cookson’s The Cinder Path returned in 2019 for a North-East tour, with Nicholas Cochrane – best known as Andy MacDonald in Coronation Street – playing Ginger Slater.

Also featuring fantastic original songs and music from Mike Redway, the production was a resounding success, and has paved the way for a national tour in 2020.

“Dunn plays a number of roles in the production without fault.”
British Theatre Guide

“Harrowing and touching, The Cinder Path is a breathtaking production.”
Scarborough News

“A passionate play that has both comedic lighter moments and some pretty intense points.”
North East Theatre Guide 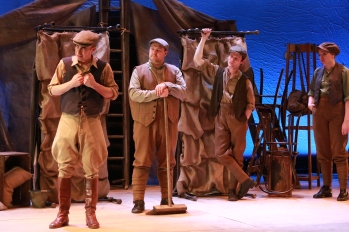 Farm workers being told Charlie is to take over the farm 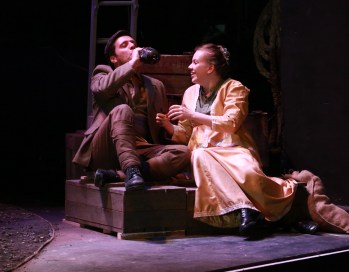 Charlie and Nellie sneak a drink in the barn 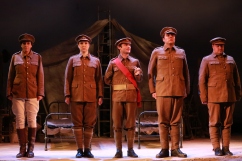 The ‘over the top’ sequence

In the midst of battle

Charlie recouperates after his shrapnel wounds