Five years ago I was commissioned to write the stage adaptation of Catherine Cookson’s The Cinder Path. It had the full backing of the Cookson Estate, and played at the Customs House theatre in South Shields – birthplace of the author and the setting for many of her novels.

Last year it received a revival in the North-East. Produced and directed by Leah Bell (with assistance by yours truly) under the banner of her company Entertainment Unlimited, it reached a much wider audience, playing a number of different venues over around a dozen performances, all to enthusiastic audiences.

So when I woke up this morning I was just a wee bit excited, because today rehearsals got underway again as it embarks upon a national tour during February and March (which, by coincidence, finishes at the Customs House theatre once again).

Most of the cast from last year’s short run have returned – including Coronation Street’s Nick Cochrane who plays Ginger Slater, the villain of the piece – and I’m pleased to say I’m also playing a few small roles within the production.

As a writer of stage plays, there is no joy to rival that of hearing your play – your 80 pages of hard work, months and months sat alone and in silence at your laptop – finally coming alive; having life breathed into it by a company of talented and enthusiastic actors. Being an actor myself as well, whenever I am writing a stage or screen play – or the dialogue in a story, come to that – I always hear in my head the voices of the characters as I put down their words, but once the piece is “in the room and on its feet” – being not just spoken out loud but properly performed – it never fails to produce a genuine thrill and a bit of a chill down the spine.

We’re also fortunate in this production to have some brilliant original songs and music by the peerless Mike Redway. You may like to do a quick search engine hunt to find out more about Mike, but two of the facts I love most about him are that he produced Terry Wogan’s hit The Floral Dance, and – my absolute favourite – he wrote the music and lyrics to the 80s kids animated TV show Charlie Chalk!

The tour starts in Felixtowe on Tuesday 11th February, and from then on we’re heading to most areas of the UK, so if you’d like to come along and see what all this fuss is about then please do. You can take a closer look at where we are here.  And if you do decide to come along, feel free to contact me and let me know how you enjoyed it! 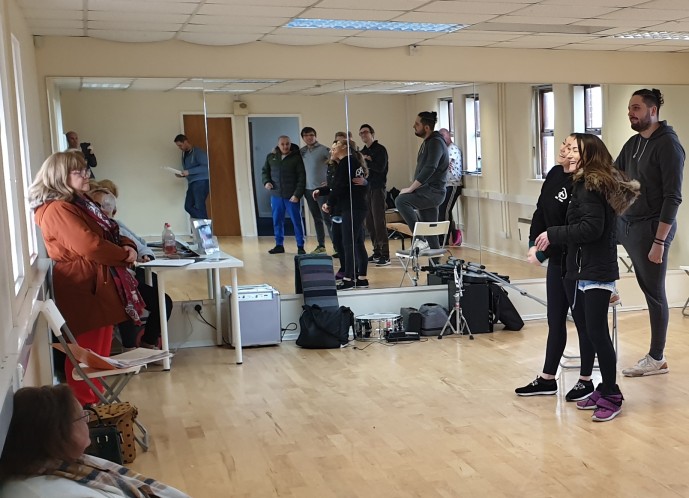 “Perhaps we should go over there?” 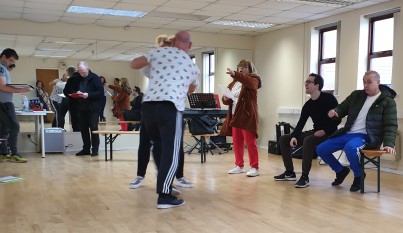 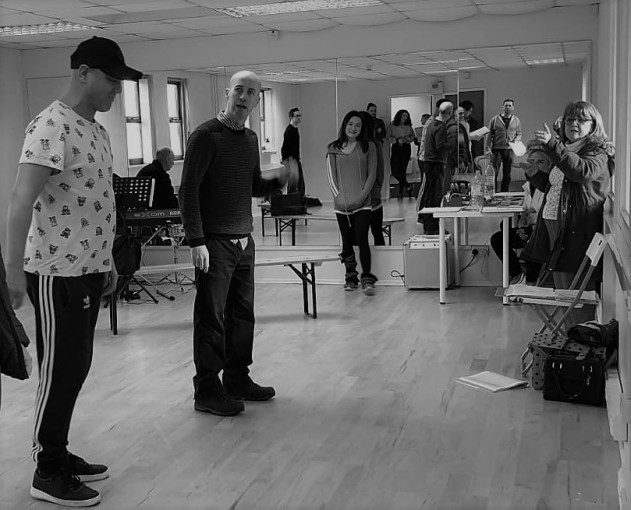 My script in progress (with other rehearsal essentials!)