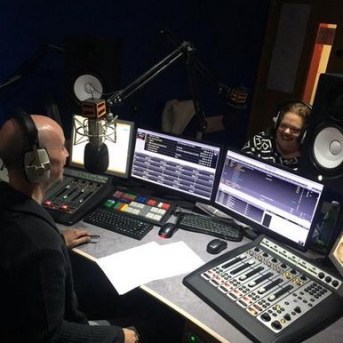 The show combines pre-recorded sketches (written by Paul Dunn plus a team of contributing writers), music, and live improvised comedy chat. It is presented by the show’s creators, Paul Dunn and Nessa Karon and produced by Cranked Anvil.

Since it first went on the air in 2015 it has built up a loyal army of listeners, and has evolved in a number of ways, including live shows scheduled in 2017 and a planned Edinburgh Fringe run in 2018.  The original shows are also available as downloadable podcasts from Mixcloud, or you can listen to them from the Cranked Anvil website here.